Initially Louise's dream was to pursue a career as a professional dancer as she has always been passionate about dance. Louise attended dance classes at the Maxine Rose School of Dance from the age of six as well as attending extra Ballet classes as part of the Suffolk County Council Ballet Scholarship Scheme. During her dance training she attended numerous workshops, including those with the Royal Ballet School and National Youth Ballet. Louise has also performed in dance works at various venues; English Youth Ballet's Sleeping Beauty at the Ipswich Regent, Sir Frederick Ashton Studio Appeal garden party, DanceEast's High Voltage at the New Wolsey Theatre, many performances at the Seckford Theatre, Woodbridge and also at various dance festivals around the country. Louise pursued her dream to become a professional dancer and auditioned with various dance companies, however due to a mild spinal condition was not able to realise this. She decided to pursue her passion for dance and turned her attention to teaching. At the age of eighteen Louise began planning and teaching her own dance classes whilst also working towards a distance learning degree with the Royal Academy of Dance. She graduated with a BA (Hons) Dance Education in 2010. Louise also gained a Diploma in Contemporary Dance with the National Association of Teachers of Dancing (NATD) in 2013. Louise is a fully registered teacher with the Associated Board of Dance (ABD) and the NATD. Most recently she underwent an intense training day with 'Strictly Come Dancing's' Natalie Lowe, Ian Waite and their master trainers and is now a certified FitSteps® Instructor.

Louise has a current DBS check and First Aid Certificate.

Joanna started dancing aged 2 years old and hasn’t stopped since! She attended Maxine Rose School of Dancing until the age of 18 - her favourite style quickly becoming tap, and ultimately acrobatics. Like Louise, Joanna competed in various dance festivals around the country, and performed regularly at the Seckford Theatre, Woodbridge. During High School, Joanna won ‘Strictly Kesgrave’ two years running, and achieved an A* in GCSE Contemporary Dance. After finishing Sixth Form, Joanna successfully auditioned for Cambridge University’s Acrobatic Rock’n’Roll Dancing team, for which she later became Captain, while studying for her Masters degree in Psychology. Following University, Joanna had formerly hoped to train as a Dance Movement Psychotherapist, so initially began to gain related career experience, as a carer. However, due to circumstances beyond her control, it was not possible for this ambition to become a reality. Since then, Joanna has instead pursued her passions in multiple other ways. These have included - Performing at The New Wolsey Theatre, Ipswich, and The Apex, Bury, as a member of DanceEast’s Adult Performance Company ‘Dance Unlimited’. - Assisting for many years with LKD’s Stage Class, DanceEast’s Centre for Advanced Training (CAT) Scheme and DanceEast’s Springboard classes (for individuals with Additional Needs). - Training as an Autism Movement Therapist, as an English National Ballet’s Dance for Parkinson’s practitioner, and in ‘Safe and Effective Dance Practice’. - Last, but most definitely not least, Joanna recently achieved fully registered teacher status in Birmingham, with the Associated Board of Dance (ABD). She continues to strive to consistently expand her knowledge of teaching, inclusive practice and community dance.
Joanna holds a current DBS check, First Aid Certificate and a Level 3 Qualification in British Sign Language. 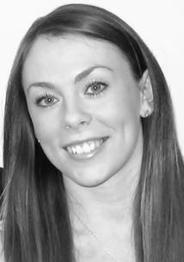 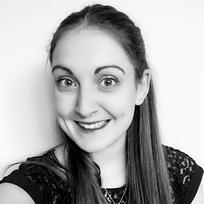 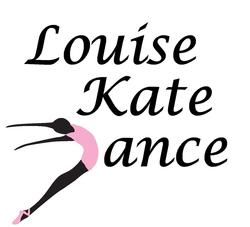